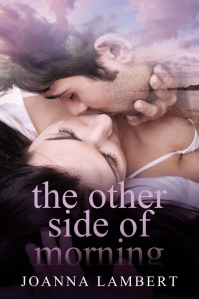 Yes I know, I blog on Sunday and I’m a day late.  The Promo Blitz kind of threw things off course but now I’m back into my routine.  Today I managed to kick start the manuscript.  With all the other stuff going on I’ve missed it and it’s good to get back to something you really enjoy.  The book’s about 85,000 words in and it was only having to shelve it and return that made me realise I needed to develop the story beyond the framework I had given it.  Because of  this we’re probably looking at two books now.  The Other Side of Morning was the largest  novel I’ve written and I don’t plan to travel this road again – small is definitely the new big.  Big books become so unwieldy – goodness knows how George R R Martin copes, but then like Terry Pratchett he’s probably working with multiple screens which makes life a whole lot easier.  I worked with two screens in my last job and loved it -think I’ll have to give it some serious consideration.

So what am I thinking about this evening?  Well how about James Bond?  The BBC, bless them, have wheeled out the Bond series for Sunday afternoon viewing.  I don’t watch them,  but we tend to catch the last half hour sometimes.  The Connery Bonds shot in the 1960s look so dated now.  Taken from a time which one of my friends refers to as  ‘When men were men and women were glad of it’, Sean Connery bedded and shot his way through Dr No, From Russia with Love, Thunderball, Diamonds are Forever, Goldfinger and You Only Live Twice. Anyway, once Connery had gone off to do other things – disaster!  Ex-model George Lazenby stepped into his shoes.  Connery had sex appeal in spades full, George didn’t have a trowel’s worth.  That’s probably why he only lasted for one film.  You might think then that things would get better -WRONG.  The next Bond was Roger Moore chosen I think because of his connection to a drama he was in then with Tony Curtis called (I think) The Persuaders and also (again it’s a foggy memory) The Saint.  Anyway like it or not, we got Roger with his pale blue eyes and safari suits.  In The Man with the Golden Gun the villain was Scaramanger, a man with three nipples!  We had a car dealer in the village at one time called Julian Scaramanger and rumour had it that Fleming knew his father and liked the surname so used it for one of his novels.  Not sure how true this is so don’t quote me, it could be merely village folklore!  We caught the end of A View to a Kill last week.  Moore and Tanya Roberts were on the Golden Gate Bridge where he was in some sort of hand to hand combat with Christopher Walken.  Needless to say Walken suffered the usual villain’s death and ended up drowning in San Francisco Bay – here I’m hoping my geography is holding up, it was water anyway!

Currently we have the Timothy Dalton Bond.  This is where I actually begin to remember and I do know his films were shot at a time when the AIDS epidemic first broke.  Because of this (again this maybe hearsay so no quotes please!) Dalton’s Bond did not have the bed hopping  promiscuity of the others, he only ever slept with his main love interest.  He was a very quietly confident Bond too and very English.  Watching him yesterday I actually thought this was the beginning of the sensible Bond era but no, it was still quite silly in places.  I did love Dalton’s thick dark hair and as I said, he had that quiet confident air about him. So he ticked the boxes on two out of three of my ‘must haves’ where men are concerned.  He failed miserably in the eye department though as I do so love brown eyed men!  So what’s to come?  Well Pierce Brosnan’s films will follow on from Timothy Dalton and I guess he’s a fairly credible Bond.  And lastly we’ll get the reigning Bond Daniel Craig’s films.  He’s very much a 21st century man – sexy, deadly and very efficient at his job – all serious stuff with amazing special effects to  keep cinema goers happy.  And looking to the future who will be the next Bond?  Well your guess is as good as mine.  And talking of Who,  there is a parallel is there not between Bond and  Dr Who in that they all go through this regeneration process and this means there are many more to come!

So who is your favourite Bond?  And who would you nominate for Daniel Craig’s successor? When you read this Laurie, remember you can’t vote for yourself! LOL!

See you all next week.