Having finished my Devon Duo and now planning a move to North Cornwall for my next book, The Boys of Summer, I thought it might be an opportunity to make people aware that I’m not just a two book author.  There has, in fact, been another series of books prior to this. All are linked; the first three really do need to be read together as one story but the sequels can be read independently. Set in the late 1960s, When Tomorrow Comes begins the series, where we meet Ella, Jenny, Issy and Rachel and the five young men in their lives – Mick, Niall, Andy, Matt and Nick.  The final book, The Other Side of Morning, ends in 1991 when the next generation, Charlotte, Lucy and Cayte are the focus of the story.  Although the girls are 18 when the story begins, this is definitely not a YA read. 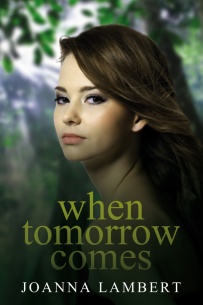 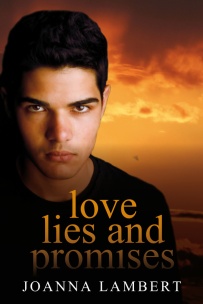 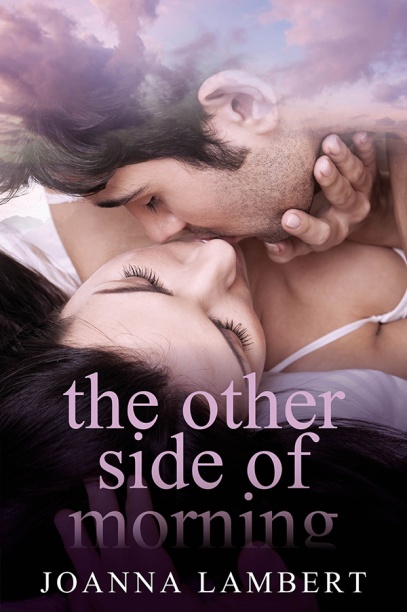 1967: When eighteen-year-old Ella Kendrick moves to the Somerset town of Abbotsbridge to live with her mother Melissa and stepfather Liam she is looking forward to getting to know someone who has been absent from her life for eleven years. Ella is intrigued by this glamorous, fashionable woman and hopes she holds the key to many unanswered questions about her childhood. However, living in the Carpenter household does not turn out to be the idyllic experience Mel has promised her daughter. Scheming and manipulative she has specific plans for Ella. Plans which do not include boyfriend Niall O’Farrell left behind in the village where she grew up with her grandparents, or the university place she hopes for.
After Ella loses Niall to her best friend and her career aspirations have been trimmed to a college course, ambitious Mel puts her main plan into action – finding her daughter a wealthy boyfriend. In doing this, she is looking for a marriage which will give her the right connections and help her own social advancement in the town.
But Mel’s plan stalls when on a cold January evening, local nightclub owner’s son Matt Benedict unexpectedly walks into Ella’s life.
Ella knows she will have a fight on her hands, but it is not just Mel she is up against. Matt’s mother Faye has her own reasons for parting them as does Andy Macayne, the rich, self-indulgent young man Mel hopes her daughter will eventually marry. The biggest obstacle to Ella’s happiness however is Matt himself, hopelessly in love with her but too afraid to reveal his true feelings.
Amazon Purchase Link: http://www.amazon.co.uk/dp/B004BA56WM

1968: Ella Kendrick has been looking forward to the return of Matt Benedict and his band the Attitude from their UK tour. Before he left he asked her to wait for him and Ella has taken this as an indication that although he has not actually said so, the quiet young songwriter is in love with her. She hopes to use their Christmas Eve reunion as an opportunity to declare her own feelings. Unfortunately, at the last minute, the band is asked to perform in Switzerland over the festive season, keeping Matt out of the country until the New Year.
Because of other commitments and the Attitude’s European tour, it is late Spring before the two eventually meet up. But hopes of finding love with Matt are shattered when he makes it clear friendship is all that he has to offer. The reason for this, she discovers later, is that he is planning to marry someone he has met in London, where he now lives.
Her dream finally over, Ella tries to put the hurt and disappointment behind her. She throws herself into finishing college and starting her business, unaware that behind the scenes her devious mother Mel now feels free to finalise her plans, pushing her towards a match with Andy Macayne, a wealthy, capricious young man with dark Mediterranean good looks.
A year later Ella believes she has it all – a handsome husband who loves her, a beautiful home and a thriving business. With all of this she finds it easy to forget the past and move on. But when “happy ever after” goes wrong and Ella returns to the village where she grew up looking for support from family and friends she has no idea her past is about to come back – with devastating consequences.
Amazon Purchase Link: http://www.amazon.co.uk/dp/B004H8G0OG

1972: A year has gone by since Ella’s ill-fated encounter with Matt in Meridan Cross. Now back with Andy she hopes baby Lucy’s arrival will calm their troubled marriage. Everything appears to be going well until he learns that Nina Taylor – his ex-girlfriend and the original cause of their problems – is about to marry. Still obsessed with her, he sets in motion a chain of events destined to go much farther than merely disrupting her wedding.
1973: Matt Benedict, now living and working in New York, arrives to open Zefferellis, his father’s latest club and tour the UK with his new singing sensation Marcie Maguire. On the opening night Matt and Ella meet unexpectedly – a raw and painful encounter re-opening old wounds. But later that evening Ella meets someone from their past who reveals the truth behind Matt’s sudden disappearance that June morning two years ago.
Realising it is too late for them to ever go back to how they were, Ella still feels the need for them to part as friends. Her efforts to see Matt and settle their differences before he leaves are, however, frustrated by Marcie. In love with him herself and aware that the ghost of his and Ella’s love affair still haunts him she is determined to keep them apart.
As Marcie and Matt leave for Scotland and the start of her UK tour, Ella puts thoughts of him to the back of her mind and concentrates on confronting the power of the Macaynes and a battle she cannot afford to lose.
With the tour finally over, Matt returns home to dramatic news. Despite an ultimatum from Marcie that they return to New York immediately he knows he has to stay and find Ella.
For Mel everything has gone wrong; her schemes have failed and she has been abandoned by those she thought she could depend on. Mad with rage and blaming her daughter for all her problems she is about to take horrific revenge – unless Matt can reach Ella first.
Amazon Purchase Link: http://www.amazon.co.uk/dp/B004NSVD5G

BOOK 1 BETWEEN TODAY AND YESTERDAY

1989: The village of Meridan Cross is in mourning. Laura Kendrick, owner of Little Court Manor, is dead The family she leave behind find themselves not only trying to come to terms with their loss but also deal with their own individual problems.
Nick Kendrick is a bitter, resentful head teacher whose career ambitions have not been fulfilled and whose mental state is on a serious downward spiral. Jenny his patient and understanding wife has become a target for his frustrations. His daughter Charlotte, a bright and clever pupil at his school has also become a victim of his unpleasant mind games.
Ella, Nick’s sister, beautiful and successful, has a much-envied marriage to ex-rock star turned record producer, Matt Benedict. Matt is currently in Spain with partner Baz Young recording an album with Rosetti, their star act. Newspaper reports coming out of Marbella concerning Matt and one of his former protégés are giving Ella serious cause for concern.
Baz Young and the band’s front man Christian Rosetti are unhappy. They should be in New York but Matt suddenly switched the venue to Spain instead without any explanation. Could it be the fact that Marcie Maguire, a woman whose career Matt helped launch nearly twenty years ago is performing here. And if that is the reason, why?
When Ella and Jenny find themselves flying out to Spain to help an old acquaintance, they join Matt, Baz and the band in their luxury villa in the hills above Marbella. Reunited with Matt, Ella now hopes she will be able to scotch the rumours and show the world her relationship with her husband is rock solid. But when Jenny receives an urgent call to return home to sort out a serious domestic crisis involving Nick, Ella finds herself alone and facing a woman who not only appears to be very firmly in Matt’s life, but also hell bent on destroying their marriage.
Amazon Purchase Link: http://www.amazon.co.uk/dp/B008Y3VARW

BOOK 2: THE OTHER SIDE OF MORNING

1991: Fashion designer Therese D’Alesandro has recently moved into Higher Padbury Manor with daughter Felica and stepson Marco. Joining forces with Ella Benedict’s exclusive functions venue Lawns at Little Court, she is about to open a bridal boutique.
Working in London where he manages his father’s European restaurant chain, Marco has both the looks and the charm to guarantee him any woman – any woman, that is, except the one he wants: Ella’s niece Charlotte. Marco knows he should walk away as she is already involved with rock star Christian Rosetti and is the most rude and argumentative female he has ever encountered, but Charlotte has sparked strong feelings within him; feelings which despite her attitude, he senses she is also experiencing.
Recently returned from abroad and working for her father’s record company, Lucy Benedict has discovered Christian’s guilty secrets – ones he has been keeping safely hidden from her cousin Charlotte. Determined to cause mischief and at the same time settle her own score with the arrogant star, she sets in motion a chain of events which sees Charlotte beginning a relationship with Marco.
Rossana Caravello, the D’Alesandro’s newly-arrived house guest, is due to inherit one of Italy’s premier vineyards on her eighteenth birthday. Aware they would make an excellent addition to her husband Gianlucca’s international business portfolio and eager to bring them into his possession, Therese sets about engineering a match between Rossana and Marco, determined nothing will stand in her way…including Charlotte.
Amazon Purchase Link: http://www.amazon.co.uk/dp/B00IWZ678E

SAMPLE CHAPTERS AND REVIEWS FOR THESE BOOKS CAN BE FOUND ON MY WEBSITE: http://www.jolambertbooks.com

This morning's visitor. Camera doesn't do his plumage justice He was a gorgeous deep bronze colour