As we hover on the brink of 2017, I’m back, as promised, with the second of my festive posts.  It’s currently 3.45 pm and Thunderbirds are Go for this evening’s meal.  I think when I posted on FB yesterday about my virus it might have appeared I was worse than I really am.  It’s still there but in a very minor form and today happily it’s continuing to improve.  If I had to describe it, it’s a bit like a sticky toffee paper on the bottom of your shoe – difficult to get rid of. The antibiotics were, in the words of the GP, ‘a safety net in case it should get worse’.  Luckily I woke up this morning to find it’s still heading for the door so I haven’t been to the pharmacist today to collect my medication.  I’m actually feeling quite buzzy and looking forward to meeting up with friends to see in the New Year.

Looking back I’ve been thinking about some of my memorable milestones in 2016.

Holidaying abroad with my OH on our own.  Yes I know this sounds absolutely crazy but until last September we hadn’t been abroad on our own since 1982!  Although we regularly take some of our UK holidays alone, without exception we have always gone abroad with friends.  This was to be the last of our 2016 holidays – a week in Desenzano on Lake Garda in September. However a month before we were due to fly out our friend had to have surgery and sadly  wasn’t fit to travel.  So the travel agent was advised and the booking changed to two. Taxi pick up and flight were fine (apart from leaving the house at 4am in the morning to get to the airport) but when we arrived in Verona we discovered they had cancelled the private hire to take us to the resort hotel.  The reps were very busy with incoming flights; getting people onto coaches, arranging self drive or like us, a taxi but thankfully it didn’t take long before we were on our way again.  The hotel was amazing. The food, the service, the accommodation – everything was fabulous.  Maybe we didn’t do the same things we would have if four of us had been there (and we did miss our friends) but we met a lot of great people in the week we were there and had a fabulous holiday. 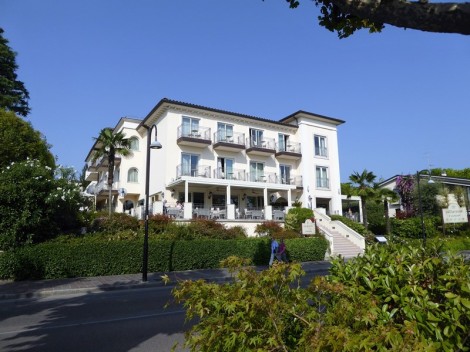 And now here we are with 2017 just around the corner. A new year which will no doubt come with lots of challenges and surprises. For me, my next big event will be starting on the new book next week.  This time I’m over the border in North Cornwall with new characters Jordan and Luke to keep me company.  Exciting times!

I’ll be back with Tuesday Talk on the 3rd of January.  In the meantime…