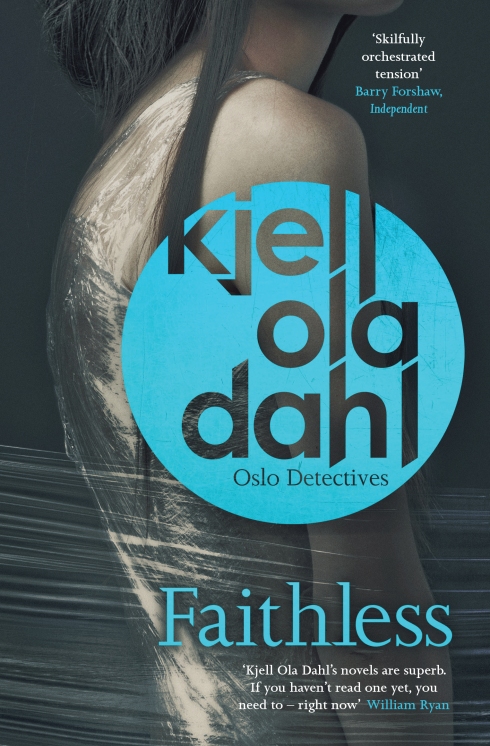 Oslo detectives Gunnarstranda and Frølich are back … and this time, it’s personal… When the body of a woman turns up in a dumpster, scalded and wrapped in plastic, Inspector Frank Frølich is shocked to discover that he knows her … and their recent meetings may hold the clue to her murder. As he ponders the tragic events surrounding her death, Frølich’s colleague Gunnarstranda investigates a disturbingly similar cold case involving the murder of a young girl in northern Norway and Frølich is forced to look into his own past to find the answers – and the killer – before he strikes again. Dark, brooding and utterly chilling, Faithless is a breath-taking and atmospheric page-turner that marks the return of an internationally renowned and award-winning series, from one of the fathers of Nordic Noir.

As my Saturday evenings in aren’t complete without tuning in to BBC 4 to catch the latest episode of the current Nordic Crime series, I was really pleased to join this book tour for Kjell Ola Dahl’s latest novel Faithless.  Oslo detectives Frølich and Gunnarstranda’s investigations – one involving a missing foreign student and the other the murder of thirty something Veronika Undset – seem at the outset to have a tenuous connection.  The body, wrapped in plastic, also bears the hallmarks of a previous murder, but are they connected in any way?

As the book progressed and the fate of the missing student was discovered, I was left to concentrate on who out of all the suspects was Veronika’s murderer – and there were a few!  I made my choice. Now all I had to do was read on to discover how exactly they would eventually be apprehended.  I have to say the ending of the story took me totally by surprise – I honestly didn’t it coming.

Although a complete departure from my usual reading/reviewing I found the story gripping from start to finish.  This may well have started an addiction to Nordic Crime novels as well as TV series!

As the cover of Faithless says ‘Kjell Ola Dahl’s novels are superb. If you haven’t read one yet, you need to  – right now.’ 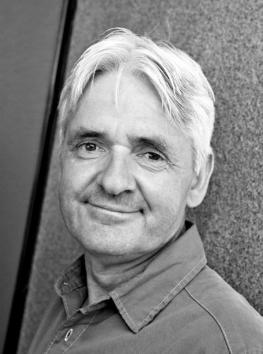 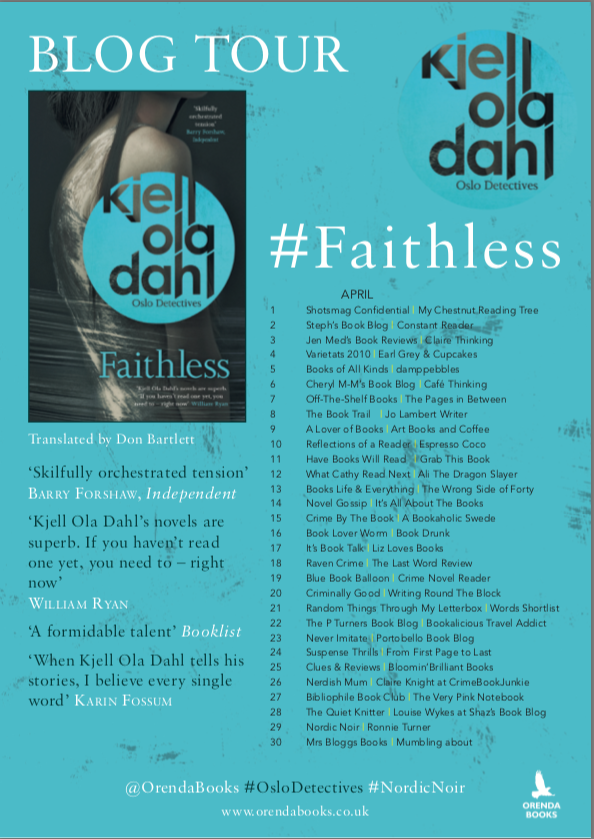