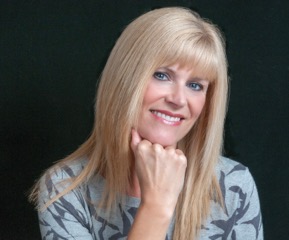 Good morning Caroline and welcome. Can I start, as always, by asking you a little about yourself?

Hi, I’m a former divorce and professional indemnity lawyer who lives in South Manchester. I came over the border from Sheffield to study law at Manchester uni and stayed. I have three gorgeous daughters and three greedy cats but only one husband!

I had always thought it a romantic notion to write a novel, but never thought I’d actually do it! I finally put pen to paper about ten years ago. I wrote very basic drafts of three or four novels, then decided short stories and poems were a lot less effort! Many of them were published in literary magazines and anthologies. A few years later, I came back to Beneath the Skin.

Who are your favourite authors? Have any of them influenced your writing?

My holiday reading is mostly crime – anyone from Ian Rankin to Jo Nesbo, and some contemporary – Mary Wesley back in the day, Kate Atkinson and Maggie O’Farrell. When Kate Atkinson combined contemporary and crime in her Jackson Brodie novels I was ecstatic! Though my novels are not crime fiction per se, I think my writing has been influenced by the blend of those genres too, so I write about contemporary lives but with intrigue, dark edges and secrets. And, of course, love.
Roald Dahl has been another big influence. I never read his children’s books, but I adored his short stories when I was a teenager. My copy of Switch Bitch did the rounds at school but was eventually confiscated. I think my love of the twist and my need to surprise readers comes from there.

Your debut novel, Beneath the Skin, is due to be published in October, can you tell us something about it?

Good or bad, I do love all my characters! They first made an appearance in a short story called The Dinner Circle and the novel grew from there, mostly when I was musing in the bath! Each character has their private fears, weaknesses and demons hiding beneath the skin…
I have always struggled to describe the mix of different genres in the novel, but I’m delighted the label ‘domestic noir’ sums it up in two words!
Sarah Jasmon, the author of The Summer of Secrets reviewed Beneath the Skin and said: ‘Four couples with interlocking histories; eight individuals, all with secrets that are ready to explode. Set in the lush heartland of the Cheshire countryside, this is a tautly elegant psychological thriller, razor-sharp and utterly believable. I loved it.’
Thank you, Sarah Jasmon, I couldn’t have put it better myself!

Are you a beach or city girl? Name your favourite destination and why you love it so much.

A city with a beach would be my preference (culture, mooching and relaxation) though last year’s holiday to Mexico would be hard to beat – a white sandy beach and turquoise sea, swimming, snorkelling and sunbathing, cocktails on demand…

If you hadn’t decided on a legal career, is there another profession that would have interested you?

When I left the law I became a volunteer mediator. It was very rewarding work, and though those participating had complete confidentiality, it was brilliant insight to the human psyche – misunderstandings, emotions, fears, viewpoints, identity and versions of truth! Just the sort of things I find fascinating and explore in my writing.

And lastly, you’ve been invited onto I’m a Celebrity, Get Me Out of Here. If you could choose four of your companion contestants, who would they be and why?

This is a tough question! I’m hopeless at coming up with quick-fire answers to what I want for my birthday or for dinner, let alone being abandoned in Australia! But I’ll give it a go…
Kate Atkinson, not only because I admire her writing so much, but to find out how exciting it must have been to have Jason Isaacs, perfectly cast, as Jackson Brodie!
Sylvia Plath and Ted Hughes (I’ll count them as one) because they were both so hugely talented (and to thrash out what really happened in their tempestuous relationship).
Steve Coogan because he’s witty, funny and creative. And he’s a great impressionist. And comes from Manchester!
James Keziah Delaney, the character Tom Hardy played in Taboo. He’s an incestuous brutal monster, but he’s a compelling, vulnerable and damaged human being too! It would be fascinating to peel back the layers of his past and I don’t think he’d have a problem with the challenges and bugs! Tom Hardy would have to come too, obviously. He’s such a fabulous and versatile actor, he’d be very welcome to play any, or indeed, all the characters in Beneath the Skin!

CATCH UP WITH CAROLINE ON SOCIAL MEDIA:

Born a Yorkshire lass, Caroline studied Law at Manchester university and stayed over the border. Caroline practised family and professional indemnity law. She became a partner in a firm of Solicitors and instigated her jottings when she deserted the law to bring up her three lovely daughters. Caroline has had short stories and poems published in a wide variety of literary magazines and anthologies. 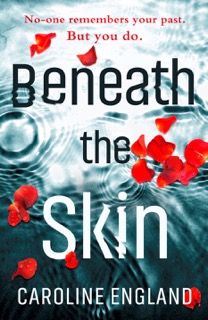 The lies start small. They always do.
Antonia. It’s been her name for many years. But sometimes, like tonight, she forgets.
Antonia has a secret. A secret so dark and so deep that she can barely admit it to herself. Instead, she treats herself to Friday night sessions of self-harm while her husband David is at the pub and her best friend Sophie is drinking too much wine a few doors down.
Nobody close to her knows the truth about what she saw all those years ago. No one, that is, except her mother. But Candy is in a care home now, her mind too confused to remember the truth. Antonia is safe. Isn’t she?