Today I’m pleased to welcome back Linn B Halton, a lady of many talents…

Good morning Linn and welcome. Can I start, as always, by asking you a little about yourself?

Waves from my new home in the Welsh Valleys, Jo – it’s lovely to be here.

I’m a Gemini, I love coffee and after years of not being able to eat chocolate, because of cluster migraines, I’m now catching up! I’m also a full-time author who is still suffering withdrawal symptoms from leaving behind a career as an interior designer. But I feel fortunate to be able to indulge my passion for writing and if I’m not looking after the kids I’m glued to my writing stool! Wielding the paintbrush and buying soft furnishing is how I spend my leisure time because we are serial movers.

I always knew one day I would find the ‘me’ time to sit down and write full-length stories, but family life and a very hectic job made it a dream for the future. Then in December 2008 I could no longer fight the premonition I had lived with for some months, regarding my mother’s health. I resigned from my job designing interiors for new build homes and just a couple of weeks later my mother had a fall, breaking her hip and an arm. She hated being in hospital and after a week she moved into a little cottage we had in the garden of the old stone lodge in which my husband and I lived. That was in January 2009 and she died, unexpectedly, from a heart-attack at the end of March that year. Those final three months of her life were tough, but at least I was able to be by her side. We laughed a lot but I think we both new that time was running out.

Grief hit me like a sledgehammer, but I had to stay strong because she was the rock of the family. Everyone looked to me to fill her shoes as best I could and reassure them that life must, somehow, go on. However, when I was alone I could feel her presence around me in a very real way and it was encouraging, but also devastating. To keep myself sane I sat down in front of the computer in the little cottage where I’d acted as a less-than-able nurse and I began writing. And I haven’t stopped since.

Chick lit, cosy mystery/romances, rom-coms and women’s contemporary fiction, your writing covers a pretty wide set of genres. Have you ever thought of writing a psychological thriller or a crime novel?

It’s not a direction in which I could ever see myself going, if I’m being honest. Why? Well, I’ve come to realise life is much shorter than we think it is after losing several people to whom I was very close. The sort of loss that rocks your world and somehow the sun doesn’t shine quite so brightly without them in it. It makes you rethink what’s important in life.

My aim is always to fill my days with positive, happy thoughts and I write stories which do, sometimes, tackle traumatic issues and loss, but in an uplifting way. Life is about surviving the tough times and finding a way through. I suppose the message I like my characters to deliver is that self-healing often begins by reaching out to people who are also suffering. Something as simple as lending a listening ear, or being there for someone in need, can make a huge difference. It’s a chance to heal not just the other person, but also ourselves because good karma begets good karma. And I believe it helps to make the world a better place to live in.

If money were no object, where in the world would you particularly like to visit?

We’re travelled quite a bit as a family over the years and now any destination is usually tied-in with research for a book! Last year we visited Athens for the first time and I fell in love with the place and the people. To the extent that when the manuscript was finished I had to go back in and trim some of the descriptions, or it would have been a tourist guide to the city. But it’s now with Harper Impulse and I eagerly await first sight of the cover.

I also love France and Italy, too. This year we’re visiting Versaille for the third time and I’ll be taking notes and photos ready for a story I’m due to write early in 2019. We’re staying a short walk away from the Palace of Versaille but we’re also tacking on a few extra days to spend time at Le Crotoy. We’ve stayed there, too, several times and for me it’s about long walks along the beautiful beach, enjoying some great food and a few glasses of French wine.

What were your favourite books as a child?

Anything I could get my hands on. With a reading age a number of years above my chronological years, I devoured Enid Blyton books and as an early teen read historical fiction. In particular, I loved Woman in White by Wilkie Collins and, of course, books by Jane Austen and Charlotte Bronte. Then I discovered the Angelique series by Sergeanne Golon, which was in fact written by Anne and Serge Golon.

I’m currently writing as both Linn B Halton – for Harper Impulse, and Lucy Coleman – for Aria Fiction. I have two manuscripts queued up and waiting for edits as Lucy, and one as Linn. So, in the meantime, I’ve just made a start on what will be my Christmas 2019 release with Aria Fiction.

I began the story the day that the dreaded ‘Beast from the East’ arrived in the Welsh valleys for the second time and we were snowed in. The setting couldn’t have been more perfect as my inspiration, because the story begins with a bumpy landing at Cardiff airport. The two main characters have one big thing in common and that’s the desire to run in the opposite direction from their respective family Christmas celebrations. The festive period isn’t always quite what we see reflected in those TV adverts, is it?

And lastly, you’ve been invited onto I’m a Celebrity, Get Me Out of Here. You’ve been asked to invite four celebrity companions. Who would you choose and why?

My first choice would be Tyler Henry – Hollywood’s ‘go to’ medium – for those long hours spent sitting around in the evenings. I don’t always understand the things that happen around me and he could ask the people who do know!

The Rock aka Dwayne Johnson would be my second choice, as who wouldn’t want a tough guy – with a good heart – there to have their back?

Oprah Winfrey because life would never be dull with her around given the life she’s led and the people she’s met.

John Newman, one inspiring singer who has battled with a brain tumour twice and beaten it. I fell in love with northern soul the moment I heard him sing Love Me Again.

It’s been a great pleasure answering your questions and visiting, Jo – thank you so much!

Thank you Linn, it’s been great having you along to chat… 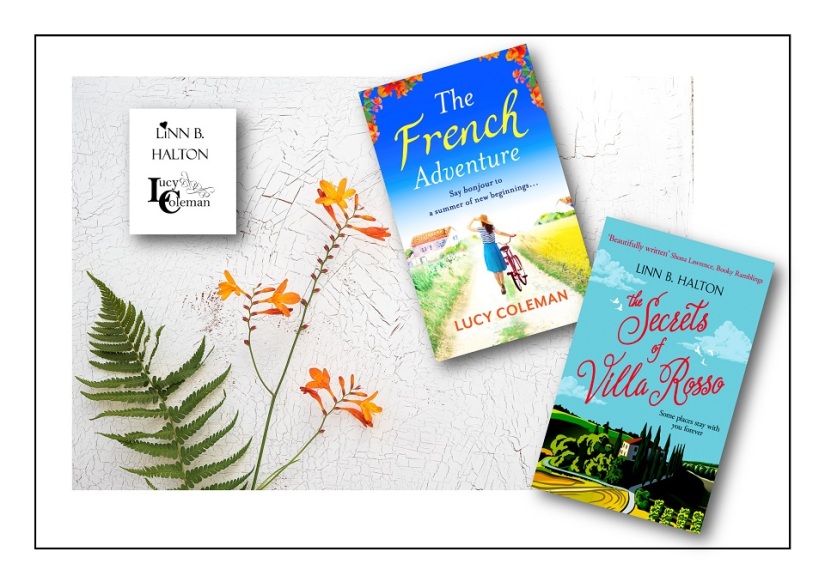 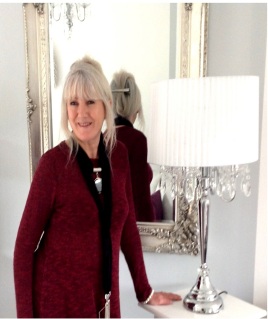 Linn writes as both Linn B. Halton and Lucy Coleman. She lives in the Rhymney Valley in Wales, residing there with her lovely husband and cat, Ziggy. She has written over a dozen full-length novels since 2009 and has written short stories for a number of magazines. She is also known for her series of ‘Home by Design’ articles wearing her former interior designer hat.

“I’m a hopeless romantic, self-confessed chocaholic, and lover of coffee. For me life is about family, friends, and writing. Oh, and the occasional glass of White Grenache after a day getting hands-on with the paint brush at weekends…”

Read chapter one from each of her novels: Website: http://linnbhalton.co.uk/ 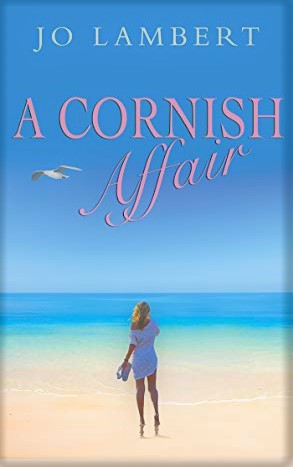