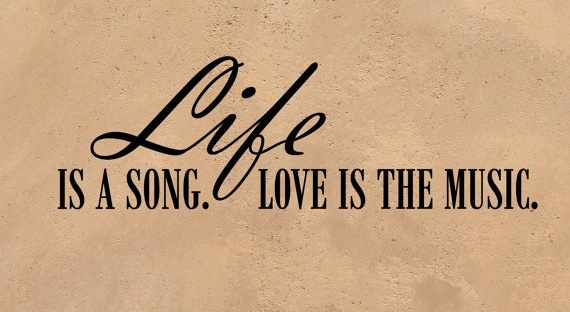 I was delighted when Jo asked if I’d like to take part in her fabulous blog series, Life’s Playlists, but it’s been very hard to whittle down my choices to just five songs. Here are the ones that survived the final cut.
The first musician that made a real impression on me was Kate Bush. I was 14 when she appeared on Top of the Pops singing ‘Wuthering Heights’ and she instantly became my idol. I saved up the money I earned from my Saturday job on a market stall to have a Kate Bush perm. It took an awful lot of conditioning! I bought her album ‘The Kick Inside’ (on vinyl, of course) and adored the cover; but most of all I loved the way her songs inspired me to be creative myself. Over forty years later, her music still has that effect on me.

With my new Kate Bush hairstyle, I caught the eye of a boy at school I’d fancied for a while ‒ to be honest, that perm was hard to miss. I couldn’t believe my luck when he rang and invited me round to his house to listen to a new record he’d bought. That album was ‘Born to Run’ by a singer I’d never heard of but I was extremely impressed with the record ‒ so much so that I paid the music far more attention than the boy. The boyfriend lasted only a week but I fell head over heels for Bruce Springsteen that night, and I’ve been a fan of his ever since.

Like most people who grew up on the coast, I miss the sea when I’m away from it. My husband, children and I have lived quite happily in Bracknell and in Brussels in the past, but I always yearned to return to the coast. ‘Talk to Me of Mendocino’ by the McGarrigle sisters conveys that strong sense of longing for a beloved place, and even though we settled close to the sea more than 20 years ago, this song can still move me to tears.

From a song that makes me cry to one that never fails to lift my spirits ‒ Sia’s ‘Chandelier’. I love the video too. I always wanted to have dance classes as a child but there was only enough spare cash for piano lessons ‒ with a very strict woman who hit my knuckles with a ruler whenever I made a mistake. Had this video been around when I was 11, I’d have watched it on repeat and tried to master all of Maddie Ziegler’s moves. I might have had a bit of trouble doing the splits, though.

Finally, I’ve picked the song my husband and I chose for our first dance at our wedding in Wiltshire 27 years ago. A friend recommended a local jazz band and we happily booked them without checking what they were like. When they arrived at the village hall in Trowbridge for the evening do, they turned out to be pretty elderly. But the moment they began playing our song, Louis Armstrong’s ‘What a Wonderful World’, we knew they were the right choice. They were brilliant. And it’s such a beautiful song, full of joy and hope.

Thank you so much for inviting me to share my choices, Jo ‒ I’ve really enjoyed reminiscing.

Tomos is five years old and lives with his teenage mother, Rhiannon, who’s hiding a drug addiction. He longs to return to another place, the place he thinks of as home and the people who cared for him there, but he’s not allowed to see them any more. At his new school, Miss takes him under her wing, finding him a warm coat in the lost property box and sharing her sandwiches with him. But his teacher can’t look out for Tomos in the school holidays, and at the start of the Easter break he’s caught up in the violence of his mother’s drug dealers. How will he survive on his own when Rhiannon takes off and leaves Tomos behind?

I’m waiting for her to go away.

‘Not Thomas’ is available to buy in paperback direct from the publisher Honno Press:

and in paperback and on Kindle from Amazon:

Sara Gethin is the pen name of Wendy White who grew up in Llanelli, an industrial town on the west coast of Wales with a beach that gazes longing over the sea to the Gower. All her jobs have revolved around children ‒ she’s worked on a stall selling toys and in a children’s library; she’s been a childminder and worked for ten years as a primary school teacher. She now writes for children and her first book ‘Welsh Cakes and Custard’ won the Tir nan-Og Award in 2014. Her debut novel for adults, ‘Not Thomas’, written in the voice of a neglected five-year-old boy, was shortlisted for The Guardian’s Not the Booker prize 2017 and the Waverton Good Read Award. Her children are grown up now and home for Sara and her husband is still west Wales, but they spend much of their free time across the water in Ireland.